When you are installing fixings on your walls, the most important thing that you need to know before you put in those fixings is the kind of wall that you exactly have. It is essential for you to have knowledge of this because it will affect how you are going to drill the hole and insert your screws, as well as your wall plugs and bolts.

If your internal walls are created through stud walling, it may be a challenge for you to install your fixings. Stud walling – either the modern plasterboard type or the old-fashioned lath and plaster – are traditionally not made for carrying loads. Drilling holes in these walls or even driving a nail through them in a haphasard manner will result in cracks on the plaster coating of the wall. If you are careless about the whole thing, you will not just end up with a weak mounting, but your walls may also require a bit of work in repairs.

Understand Your Wall Before Sticking Fixings

The Fixings Challenge: Locating the Studs

In order to make sure that your mounting upon a stud wall is stable, secure and will not damage your wall, it is very important that you drill your holes directly onto the stud itself. But before you do this, you need to find the studs first.

The easiest way to find these studs is to knock on your wall. In plasterboard walls, the difference in the sound is very easy to detect. The sound in the area directly on the studs is more solid, whilst the areas away from the stud produce more hollow sounds when knocked.

The same, however, cannot be said of lathe and plaster walls. The studs would be deeply hidden by both the lathe and the plaster layer, so you would need to use more elbow grease in finding the studs. The technique used by builders to find the studs is to drill tiny holes along the wall at one-inch intervals until they have found the stud. Once they have discovered the first stud, they would measure 16 inches from this first stud and then drill another hole to locate the second stud.

You should always be careful when drilling holes in your stud walling to install your fixings. Always make those holes on the studs. Otherwise, your fixings will not be secure and you will end up damaging your wall. 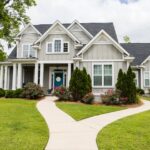